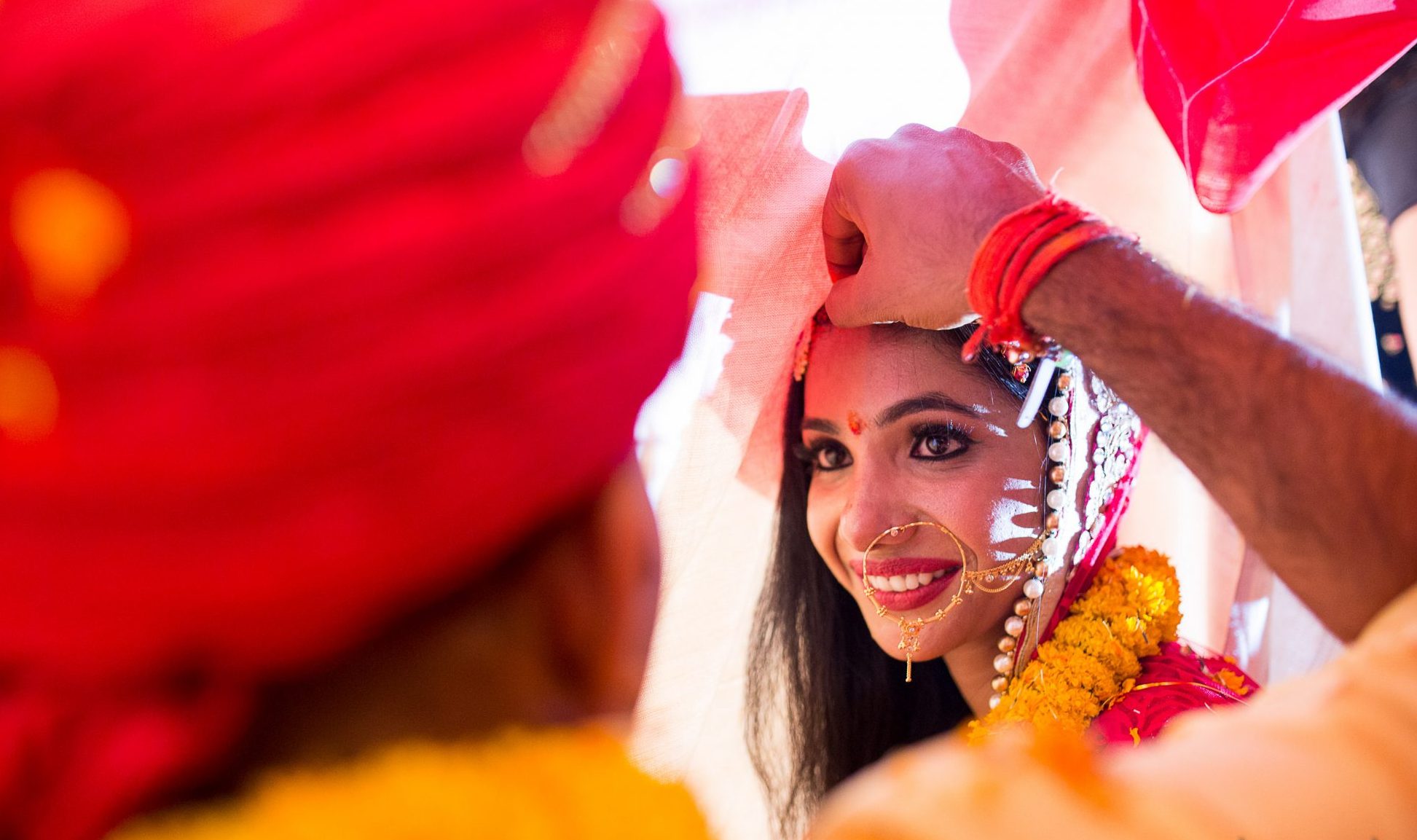 On May 18, 2016 Arpit and Trisha celebrated their first wedding anniversary and 7 years of togetherness. A milestone which took them 6 years, 5 days and 63320 kilometres. Let’s revisit their wedding and share their happiness of the momentous day.
Arpit & Trisha met when Trisha started her college where Arpit was a senior in 3rd year of engineering. Not the typical love at first sight, it took Trisha a bit to warm up to Arpit’s charm. Him being a senior also meant that they had to be in a long distance relationship for a period of almost 4 years. But as they say, love conquers all and here they are happily married and still going strong! Arpit is my senior from college, he first hired us to shoot his brother’s wedding and almost after a year when his time came we again got the opportunity. On the other hand Trisha is my junior from college and  my friend. We became friends when she initially had interest in photography and had joined the Photography Club at BITS Pilani. It was on her recommendation we got Arpit’s brother’s wedding in the first place.