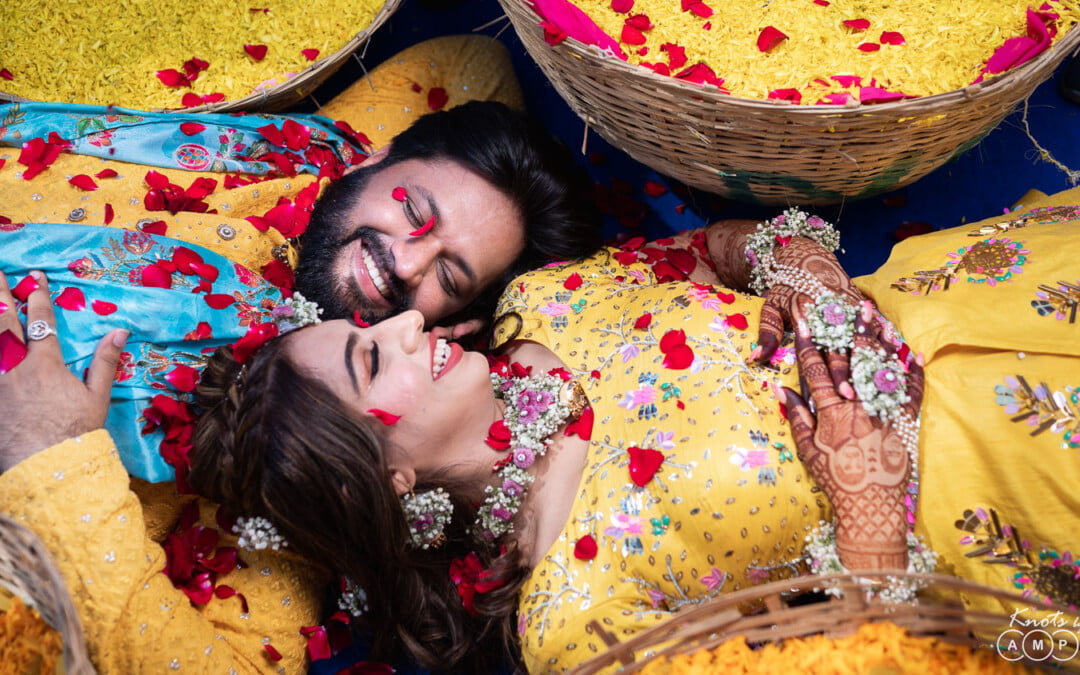 Jay & Hitali stand out among our couples in a lot of ways. From having complete faith in us to seeking our ideas for their wedding, our relationship extended far beyond the duties of a Wedding Photographer to being their Wedding Consultant. While Hitali conceptualised the wedding, Jay took care of the execution to the minutest of the details.

The saying that opposites attract couldn’t have been more true in Jay and Hitali’s case. While Hitali is a surgeon, Jay is a textile merchant, who jumped into the world of business from a very young age. This union of a successful textile merchant and surgeon was truly an elegant affair punctuated by emotional as well as playful moments.

Initially they planned to do a indoor wedding as many in their families thought it would be more comfortable indoors with the air conditioners around. But we suggested that they make the best use of their venue Corinthians Resort and do an Outdoor wedding and look how that turned out. We further suggested that they drop the usual stage like structure for weddings and instead try for a under the tree wedding. Fortunately there was a big tree and even the venue was surprised at the idea. It was their first wedding under the tree. We believe now with the proof of how beautiful a tree wedding could be more people reading our blog would be encouraged to try this out.

Jay & Hitali’s wedding functions were spread over two days at Corinthians Club and Resort in Pune. They wanted a destination wedding and yet someplace which was easily accessible. Being from Mumbai, Corinthians seemed a great choice and we couldn’t agree more. Scroll down to see the photo-set 🙂

While you go through the photos, keep an eye out for glimpses of all the minute details they planned out to customise everything from decor to their ensemble and look for added extra personal touch. Whether it is Hitali’s jewelry (nath) to her outfits and Mehandi or Jay’s phone cover to cuff seams, they had personal touches everywhere. 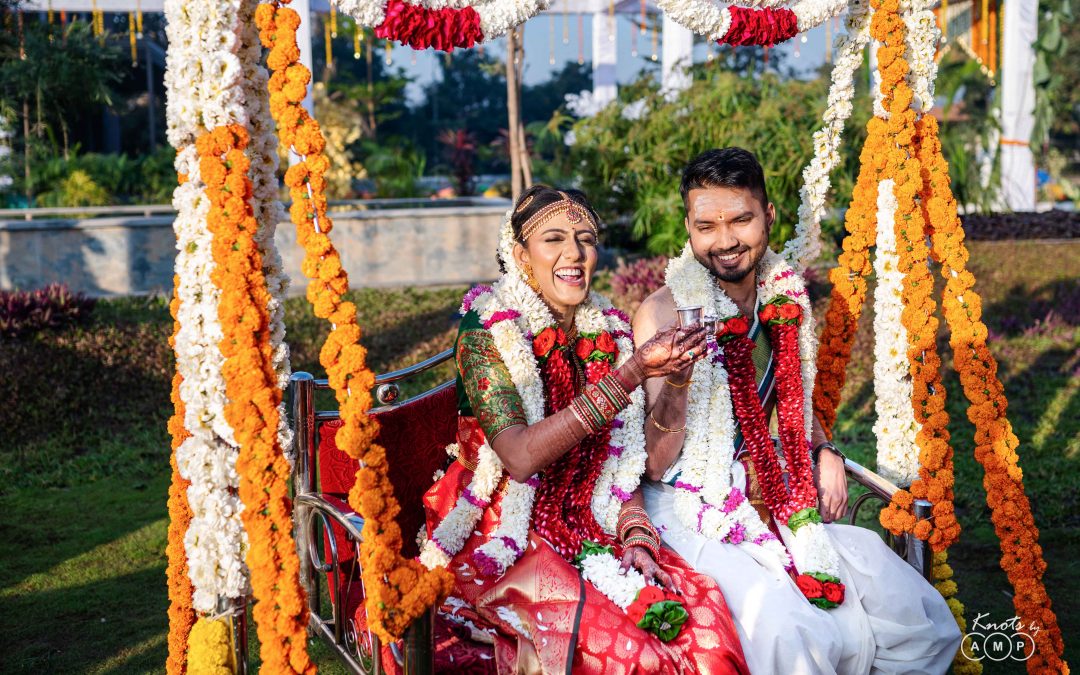 Somewhere deep in the lockdown phase last year, Deepak contacted us from Ireland. A few calls and a zoom meeting later with both Deepak & Pooja, we were on-board. From there on, its been an incredible journey with them!

Deepak & Pooja’s story started in the lockdown phase itself, with an arranged marriage match. Soon in about four months, they had made the decision. And as they say, when its meant to be, then everything falls in place!

What would remain with us throughout is how warm these two were in the whole process. And of course they look so adorable together, with a very ethereal and effortless chemistry. They were also open to many suggestions that we had to offer. And Infact the biggest one was to do a wedding in the outdoors. We made them realize that the difference would be really huge compared to doing the wedding indoors, and they in turn went about in convincing their parents. Together, they supported whole-heartedly in the vision we had for their wedding. And the result is for you all to see here.

South indian weddings are generally beautiful – with the pretty kanjeevarams, the immersive and significant rituals, the early morning light and the happiness all around. In this wedding, we got more than that. The best part was how both Deepak and Pooja reached out to each other, and always had a playful way of smiling, teasing and looking at each other. When you enjoy your wedding rituals so much, the pictures definitely talk about them. Here is their wedding blog story, scroll down to see the happiness & love. The beautiful and newly opened Janki Resorts played a great host as well.

Thank you Deepak & Pooja for having us, we hope to see you in some part of the world, someday soon! 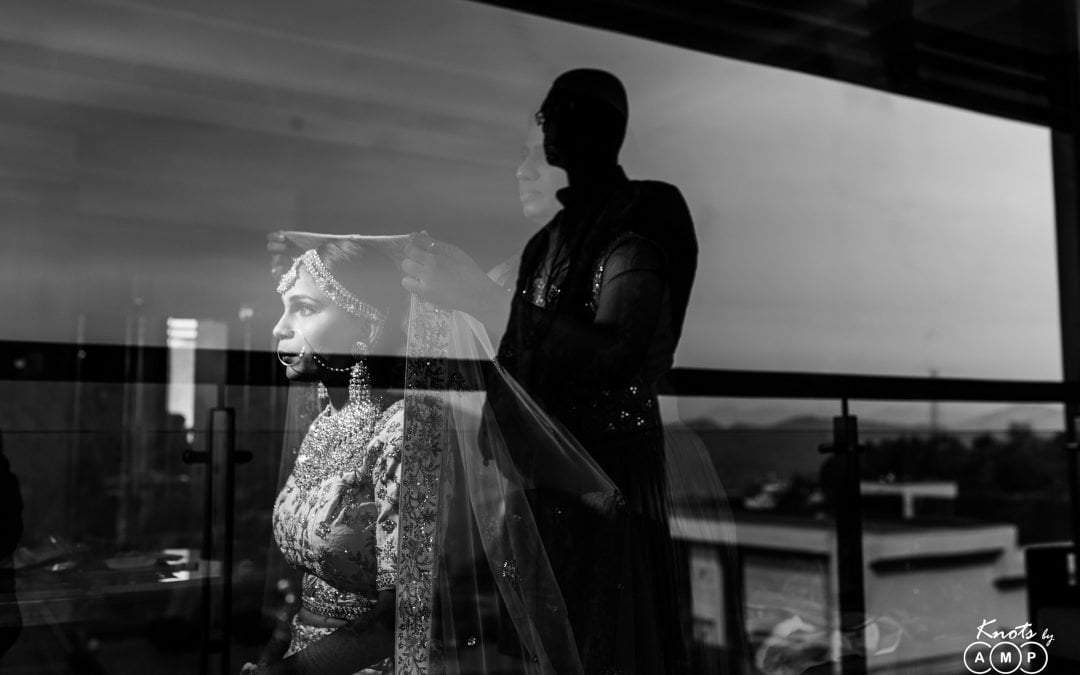 A magical wedding story from the beautiful mountains, this wedding is incredibly special and close to our hearts.

Devyani & Siva’s wedding in the hills of Mussorie at JW Mariott was a beautiful celebration of their love. From meeting first time at Mastercard office in US and taking a leap of faith for love, their journey has been nothing short of magical. They are such fun loving souls, that it feels like a party always around them. Before you head to the photos, immerse in their soulful wedding film  – Leap of Love.

The wedding happened in two styles – North Indian & Telegu in freezing November Winter, but the happiness, fun and endless laughter and smiles made it really warm to capture these beautiful stories 🙂

P.S – Their getting ready photo also won the Runner Up Award in the “Getting Ready” category of Weddingsutra Awards 2020 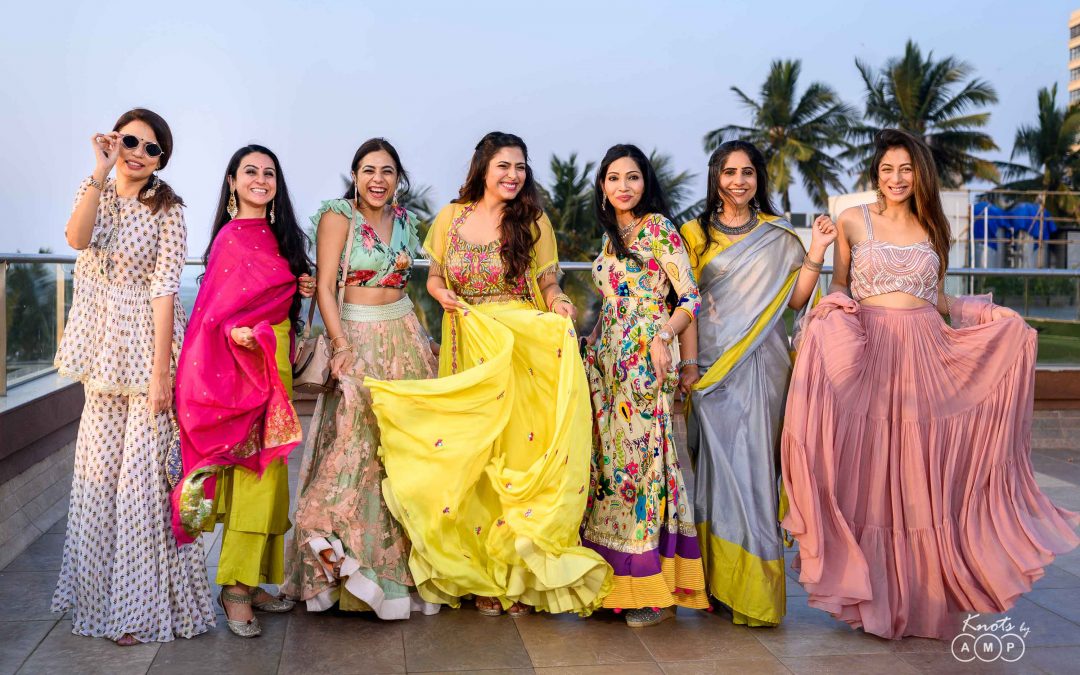 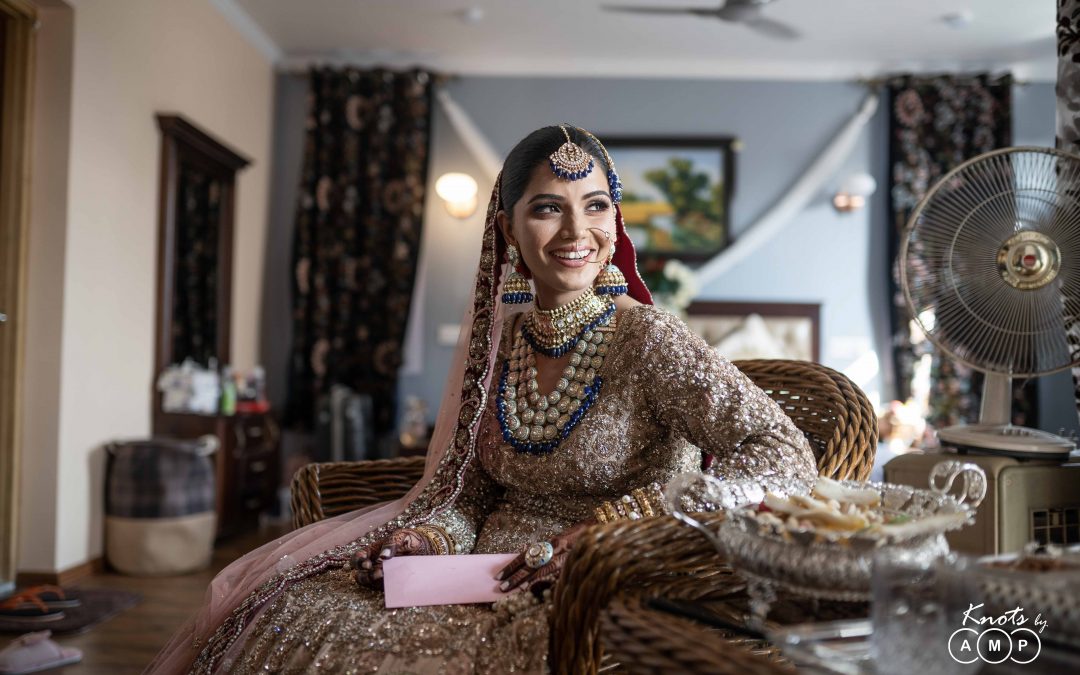 Ain had always dreamt of a man who’d be halal, i.e. genuine, warm and accepting of her. Sarmad too had a dream woman in his mind – someone down to earth, simple, and not materialistic. It was a sheer stroke of destiny how these two, who had met at the birthday party of a mutual friend during college, kept in touch and separated, only to meet again, years later!

Though Sarmad had shown his interest in Ain during college itself, she had remained focused on her studies and the distance grew them apart. Flash forward to a few years later, a friend asks Ain about Sarmad’s marital status for herself, which leads to Ain inquiring him. The two get talking, sparks fly and they decide to get married in turn!

When we received the news of them getting hitched, we were beyond thrilled. This meant covering another wedding in the valley, after Ain’s sister, Hafsa’s Wedding, which we had covered four years ago and kept in touch with them ever since. From then on, Ain loved our work, always encouraging us and stating that when it would be her turn to marry, she’d definitely hire us. And true to her words, she did!

We were in Kashmir during the communication shutdown situation, we were challenged. Nonetheless, we persevered and witnessed, as well as captured, a beautifully done Kashmiri Wedding. Following is their love story, in shots. Before you scroll down to check them out, catch some glimpses of the god’s paradise that is Kashmir!

You might have noticed that we put up a picture of Ain’s decked-up home in the post as well. That’s because the beautifully decorated home with its humongous size and architecture had us so bowled out that we couldnt help but be awed. Legend has it that homes like these can accomodate close to 200 people in the living room itself! For this very reason, we couldn’t resist capturing it and decided to let you have a look as well!The wedding, or Nikah, took place in the evening at Moghal Mahal. It was an Asalatan Nikah, which meant that the bride and all her female relatives were on one side while the groom and all his male relatives were on the other with a curtain placed between the two as a partition.  Ain’s entry was marked with Wanwun, which were traditional folk songs sung by the womenfolk in the room, to honor the occasion. The Qazi recited Quranic verses, asked for the consent from both sides and then prayed for the newlyweds.  Looking back, we realize that our bride’s wedding ensemble was nothing short of artwork! Ain was truly pretty as a picture in an ensemble that was encrusted with beads, pearls, and sequins. She paired the cream-colored outfit beautifully with stunning blue jewelry set, complete with meenakari and polki work. Just as handsome was our groom Sarmad, who wore a black sherwani and grey churidars, accessorized with an embroidered pashmina with intricate Kalamkaari work and a grey sehra. The final Ceremony, called Satim Doh was held on the seventh day of the wedding. For this occasion, Ain wore a teal blue gharara with a lemon-colored dupatta, hand-embroidered in zari and dabka work. Sarmad went with a deep bottle-green kurta from Vikas Makhija with white churidars and a printed Nehru jacket. Guests from the bride’s family were invited over for a feast at the groom’s house and Wazwan was served here as well. Scroll down to see this beautiful wedding set 🙂