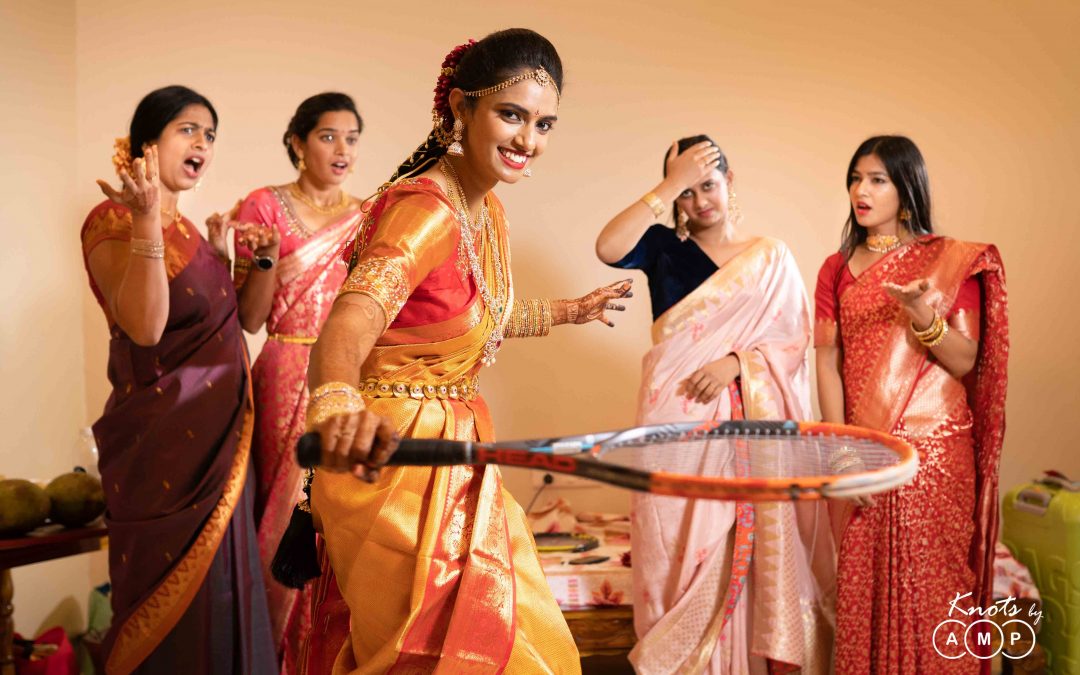 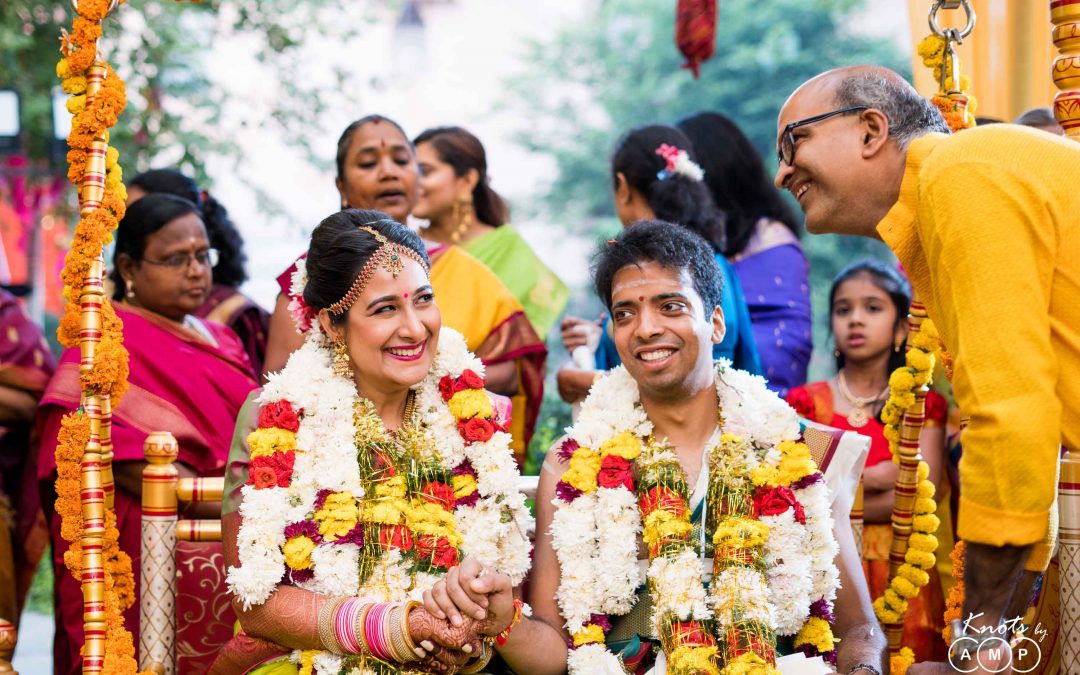 A two states wedding in 2018 that gave us all the feels, that has to be Nomchin & Udbhav’s Wedding in Alwar. This was our second outing with Nomchin & Udbhav (the first was at their engagement)

Lets start first with the beautiful wedding film of Nomchin & Udbhav – Reverse Two States which we made with all love!

Nomchin & Udbhav, both Bitsians, based in USA, planned their wedding at Alwar Bagh in Alwar, which happens to be Nomchin’s hometown. Nomchin is a Punjabi and Udbhav is a South Indian. And the couple opted for a south indian wedding and a north indian reception. And this is how it looked like with all the colourful vibes and happiness and smiles. One striking part about the wedding was that all the festivities majorly happened in the open, making way for some stunning photographs. Now let us take you through Nomchin & Udbhav’s wedding story! 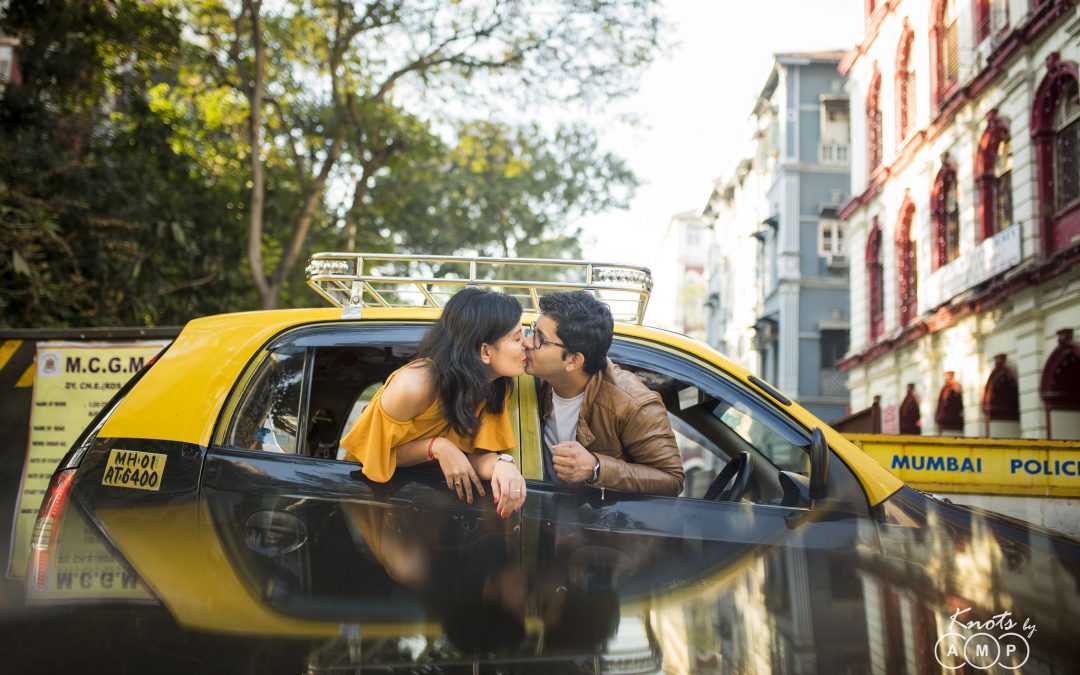 We are sure you will find this pre-wedding shoot unusual and different from what you may have seen so far.  Well, if not entirely then in a great measure this was the first time we shot an intimate pre-wedding shoot. As couples increasingly look to do something different from the rest, they are ready to get out of their comfort zone and try new ideas. We feel the best way to do something is different is to personalise the shoot by letting the photographs depict your personality and story.

Omkar & Punita wanted an unusual and different pre-wedding shoot from the beginning. We brainstormed on many ideas ranging from basing it on their personality, shooting it entirely in a studio to even an intimate boudoir shoot. What finally we ended up doing was a mix of the usual to unusual. Hence photographs reflect their chemistry at Mumbai’s iconic Gateway of India, a comic re-enactment of how they met through their mutual friend – Pranav, their first kiss in a Kaali-Peeli and finally an intimate shoot in a beautiful property – Seven Sands Villa, in Lonavala which culminated with a re-staging of Tip Tip Barsa Pani from the movie Mohra. Location for the second half the pre-wedding was Seven-Sands Villa in Lonavala. Thanks to Vishal and Mrinal and their hospitality we had a hassle free shooting experience at their property. 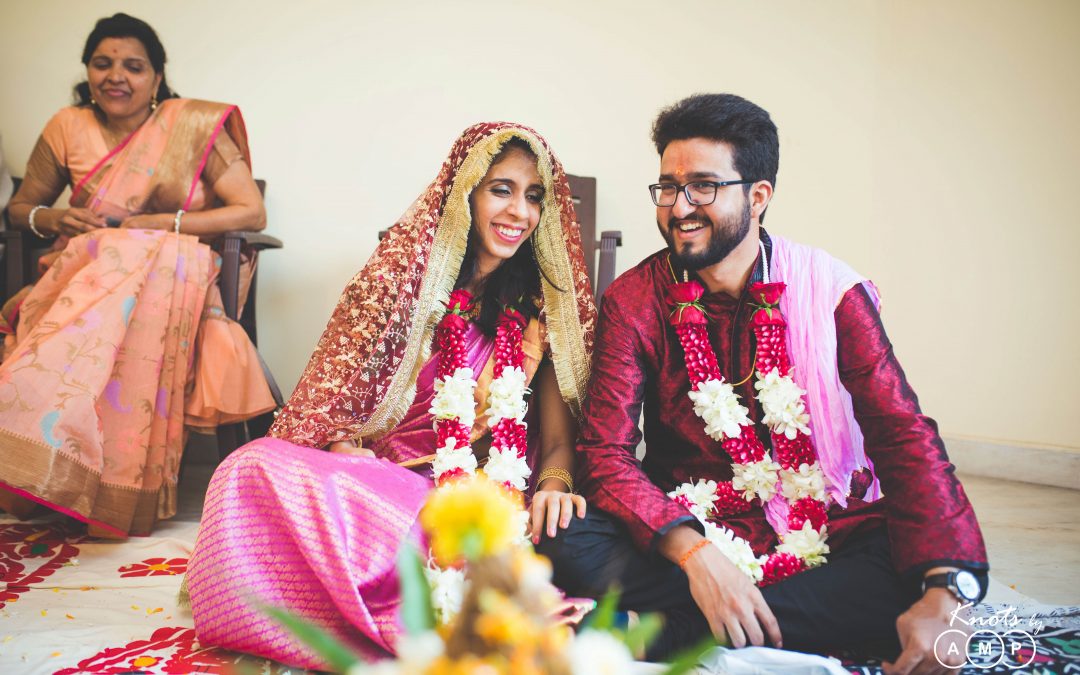 At AMP, we have shot variety of weddings. But still this one is a first. Govindam and Elizabeth’s wedding in Mumbai is something which breaks all conventions and stereotypes. This is the first time we witnessed an intimate inter-religious wedding which took place at home. Breaking the shackles of conventions truly!

Govindam Yadav, a BITS Pilani alumni hailing from Lucknow, UP met Elizabeth Mathew, a Malayali christian while working and they decided on forever. Both the families heartily accepted their decision. The wedding venue was Elizabeth’s home in Mumbai. This was quite refreshing to witness and photograph, as there were only limited close knit people at the house. The atmosphere was very relaxed and least stressful. As they got married, they also set a new trend and reminded us marriages are not always about grand celebrations, but resolve and promises made by two individuals to spend their lives with the blessings of their loved ones. This wedding was also featured by Weddingsutra 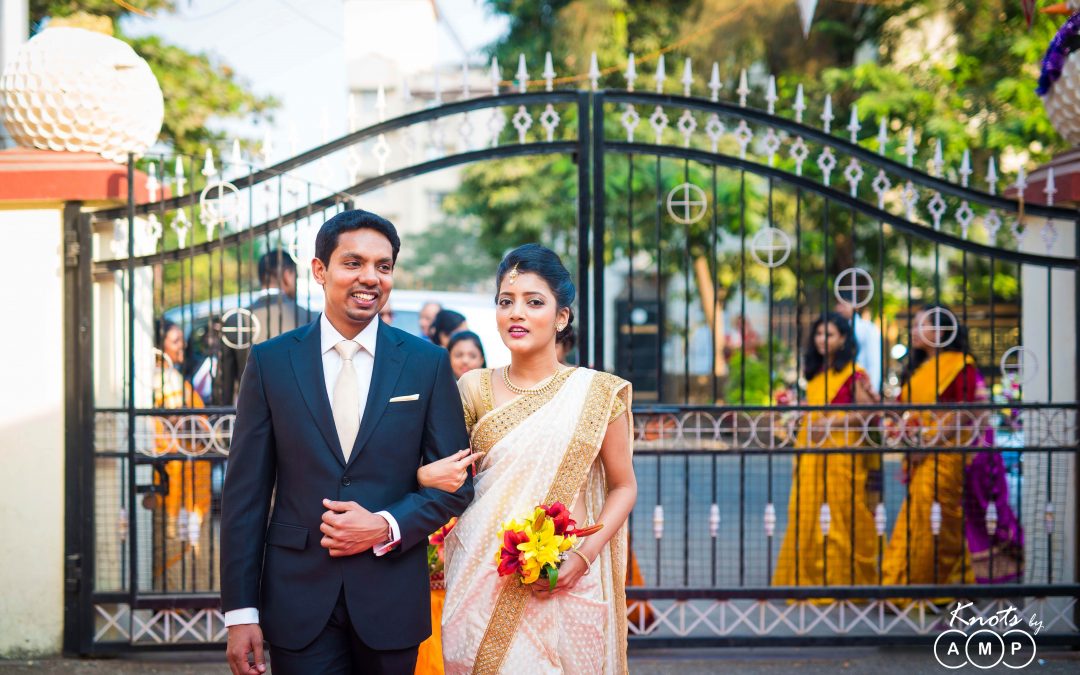 This time around we got an opportunity to cover the wedding of Albert and Rebecca who got married in Nerul church through Syrian Christian customs followed by a grand reception at the CIDCO exhibition center. So most of our clients are predominantly the couple who first get in touch with us. But of late we are finding that parents are now increasingly getting in touch with us, which is a testimony of the paradigm shift which is taking place in Wedding Photography. These days parents are increasingly understanding the value of good photography and are ready to get the best for their children’s wedding. In this case as Albert works in UK with Apple Inc, his dad was in constant touch with us and brought us on-board.

Albert hails from Mumbai while Rebecca is from Chennai. Their wedding took place in Nerul church atop the hill in Navi Mumbai. You will get to see the story of the day unfolded more through the groom’s side as we were hired to do so. We love covering Christian Wedding as they are not so hectic in their schedule and are really fun and have a lot of character to them.  Will now let the photographs tell the story.